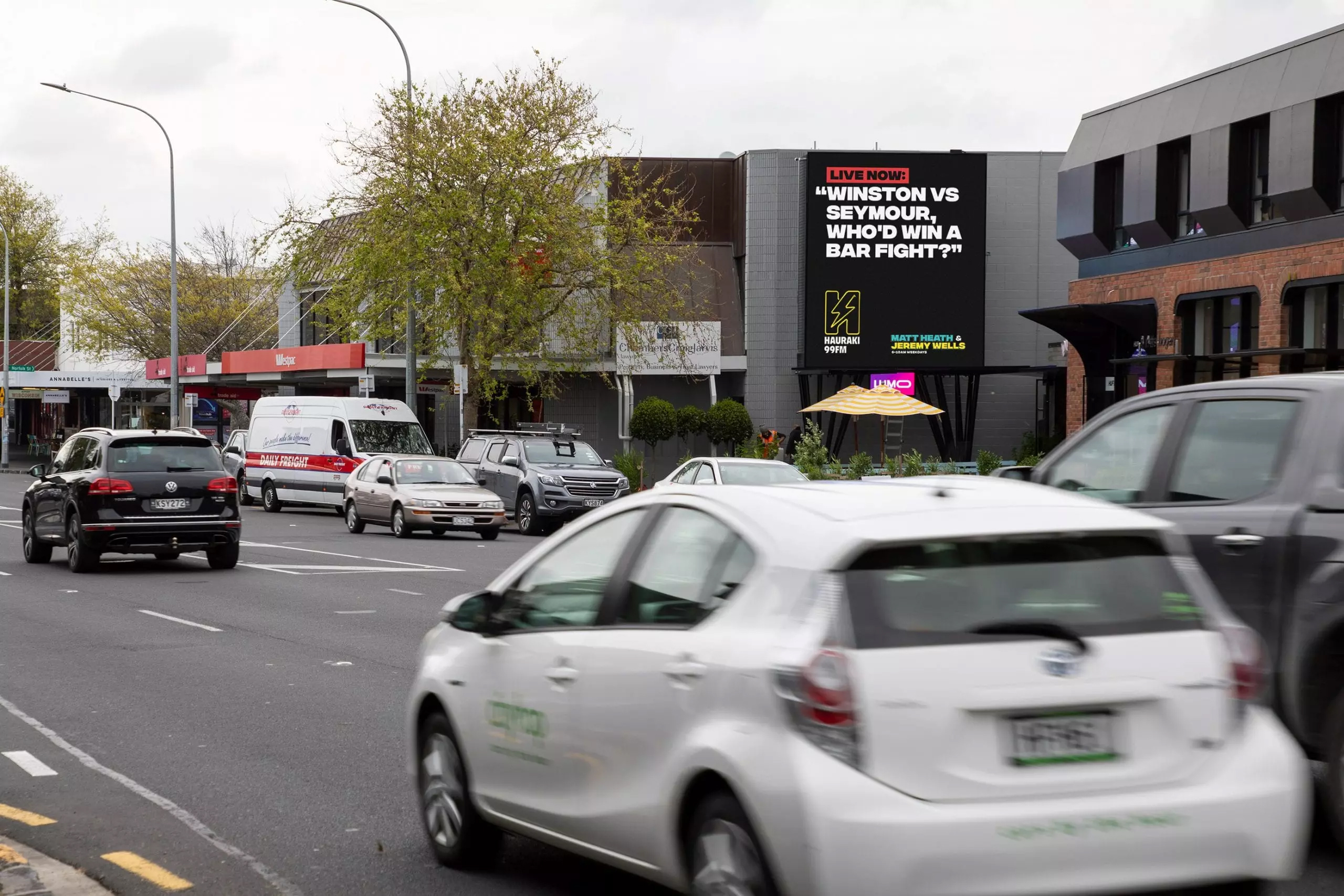 Pitchblack Partners has taken out the latest round of the LUMO Pixel Awards, a quarterly competition designed to inspire and celebrate dynamic and interactive creativity for the digital out-of-home sector.

The Pixels Award went to Liz Richards and Nick Dellabarca from independent Kiwi agency Pitchblack Partners for their campaign that put LUMO’s real-time technology to work for Radio Hauraki.

The campaign saw live on-air headlines and soundbites from Radio Hauraki being beamed direct to digital billboards around the country, so commuters could be drawn into on-air conversations in real-time. How did they pull it off? A chat group including the agency creatives and Radio Hauraki producers, selected and finessed soundbites during the show, sending them directly from the studio, straight onto the billboards.

“Pitchblack Partners campaign for Radio Hauraki was a real stand-out due to its timing in our post-lockdown environment, strong branding and effective use of keeping messaging relevant and engaging.” - LUMO CEO Phil Clemas

Pitchblack Partners creative partner Liz Richards says their entry was based around news and current events being pretty gloomy right now with pandemics, riots, and a financial crisis.

“Sometimes you need a break from that on your morning commute and, over on Radio Hauraki, they’re probably discussing something a bit more light-hearted. So to encourage drivers to tune in to Matt Heath & Jeremy Wells on the Radio Hauraki Breakfast show, from 6am to 10am each morning, we used the LUMO network to show in real-time what is being discussed on air at that exact moment.”

NZME’s Radio Hauraki Content Director Mike Lane says, “Our hosts Matt Heath and Jeremy Wells cover topics most stations choose to give a wide berth but their unique, informed and often irreverent angle on these topics is the main reason Kiwis switch over to Radio Hauraki for their morning commute.”