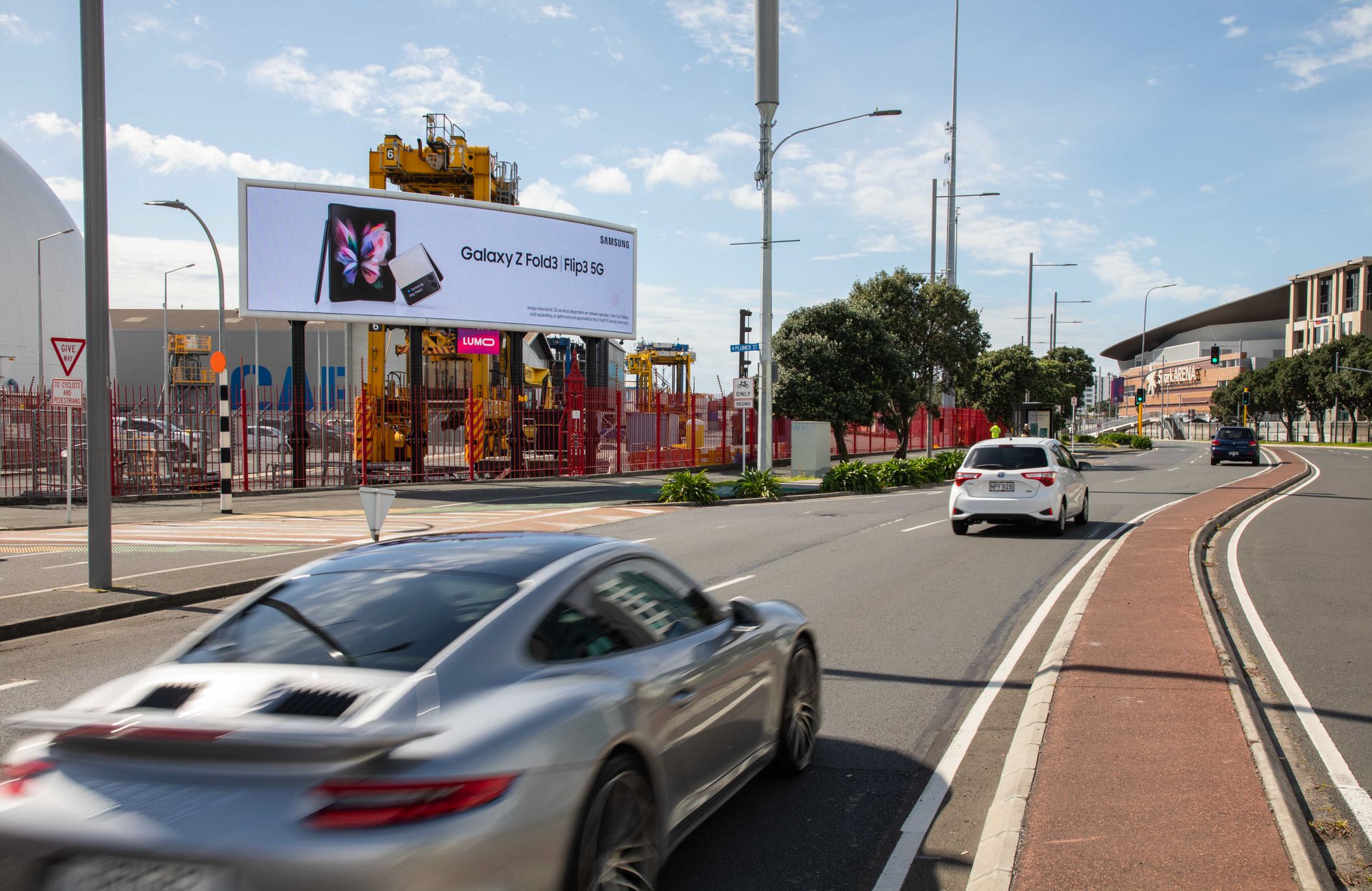 The partnership between LUMO and Ports of Auckland crossed a special threshold last month when Lumo launched its ninth premium Smart Billboard on Ports land in Quay St, Auckland.

“With fifteen Lumo Screens due by the end of August and twenty by November, LUMO has been recruiting more people to help manage its business growth” claims Phil Clemas, CEO & Co-Founder of LUMO.

Stacey Gattsche, a stalwart of the outdoor advertising industry has committed long-term and extended her weekly hours to help power-up her market presence. “I love the fact that LUMO recognises my abilities whilst also allowing me time and flexibility to be an attentive mum to our young daughters” states Gattsche.

At the other end of the spectrum, Lumo has recently taken on Zac Columbus to fulfil the new role of Agency Account Manager. Zac has been surrounded by media his entire life. Growing up with a father who was a radio broadcaster and a mother who spent much of her working life in media sales, Zac was always destined to end up in a career in media. After a short stint with Lumo late last year, and impressing the owners, Zac found what that career pathway should look like and joined the team in February.

“Zac is on a steep learning curve but he is very smart, likeable and keen to get involved,” comments the other Co-Founder Kent Harrison.

To round off the trifecta, Lumo can confirm that Jack Plowright, who recently resigned from a senior Client Leader role at Mindshare to travel overseas, will be joining the team as Agency Account Director on July 23rd.

“Jack is a very talented and experienced media agency executive who is highly respected and trusted by his clients and peers alike. His knowledge and insights will help Lumo strive towards becoming a leading light in the outdoor media sector, particularly around digital creativity, dynamic content management and technology integration,” claims Harrison.

This staffing boost coincides with the recently announced exclusive sales partnership with Sydney-based WeThinkMedia, who are now representing Lumo’s portfolio in the Australian market. This demonstrates on-going growth in momentum for the young digital outdoor business, which is now just six weeks away from launching its tenth digital billboard.

LUMO is a New Zealand owned and operated specialist digital outdoor media business established to disrupt the existing model and help inspire greater creativity in the digital outdoor space. LUMO may be the young upstart but their focus is clear – quality locations, quality technology, quality partnerships.